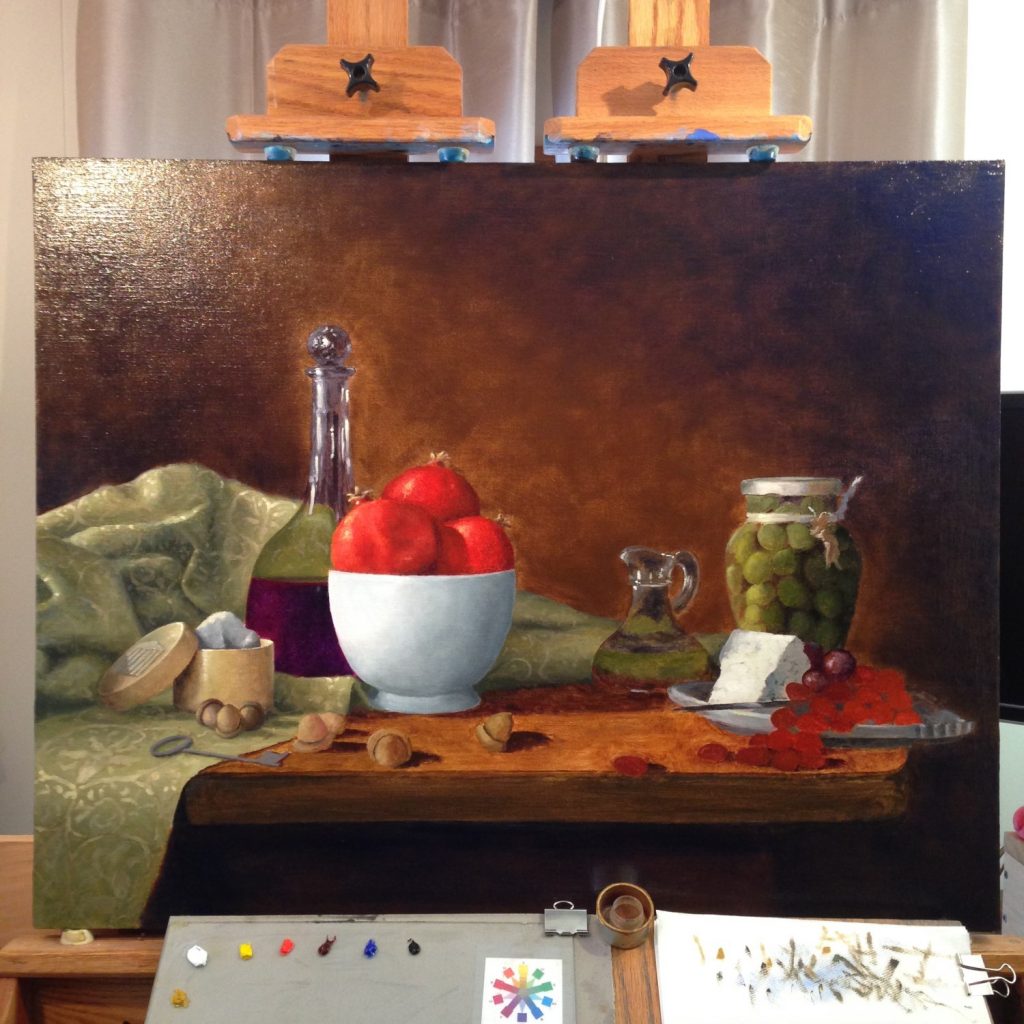 Up until last night I had my doubts about this project – I wasn’t entirely sure I would produce something I was proud of.  It’s not that I have any lack of self-confidence in front of the easel, but the size and the tight schedule meant that I wasn’t 100% sure of the result.

After completing the folded cloth, I knew I would have the right outcome, and now it’s just a matter of finishing details – the final stretch.

That cloth was an interesting challenge.  The collectors who commissioned this painting wanted me to use a particular fabric that’s also being used for the drapes in the room where the painting will hang.  The sample they gave me to work with was about 16×16 inches – enough to get a good sense of the patterns, but not enough to actually use it for the model. 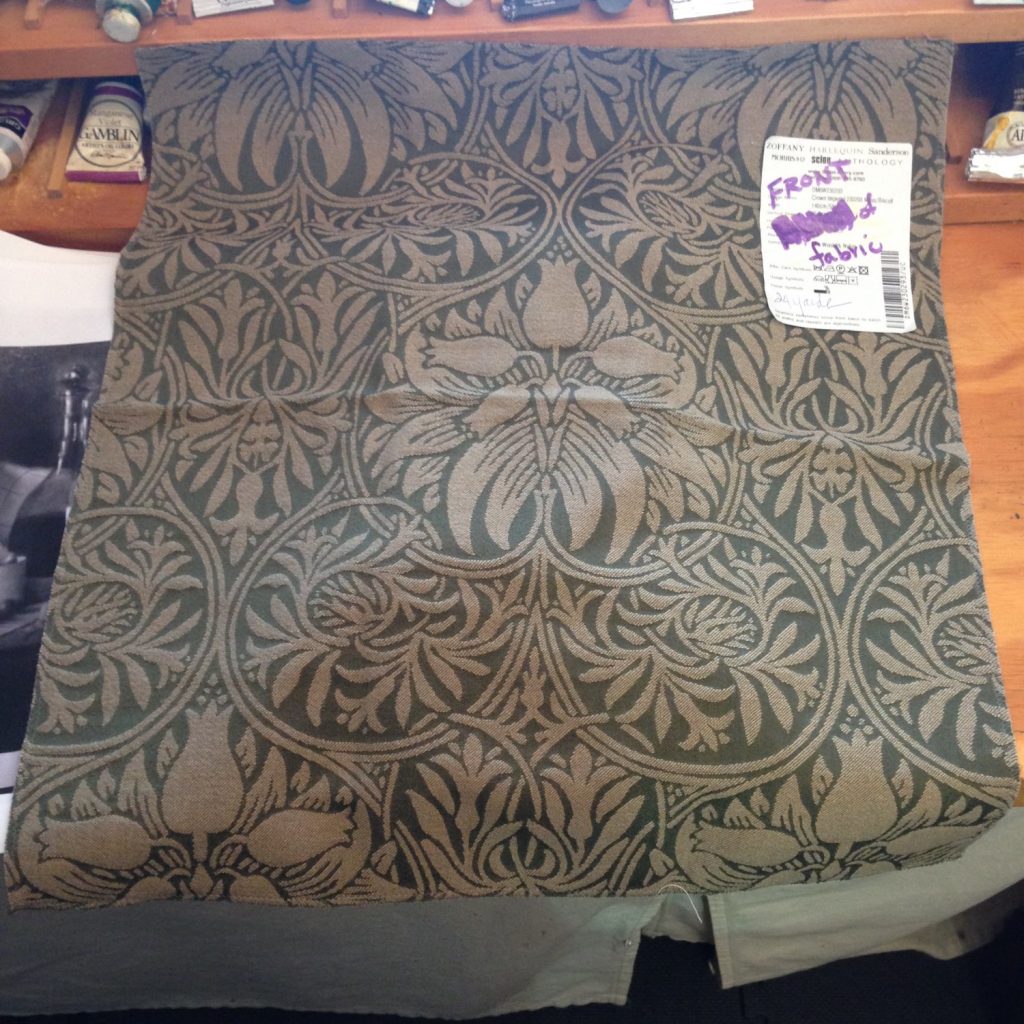 So, for the model that I worked from for this painting, I needed to use a much larger piece of cloth to establish the folds, and then figure out a way to convincingly paint the pattern of the above sample onto the other cloth. I didn’t want to just fake it and toss up a rough approximation of the design and call it good enough – this isn’t that type of work.  So, I needed to get creative. 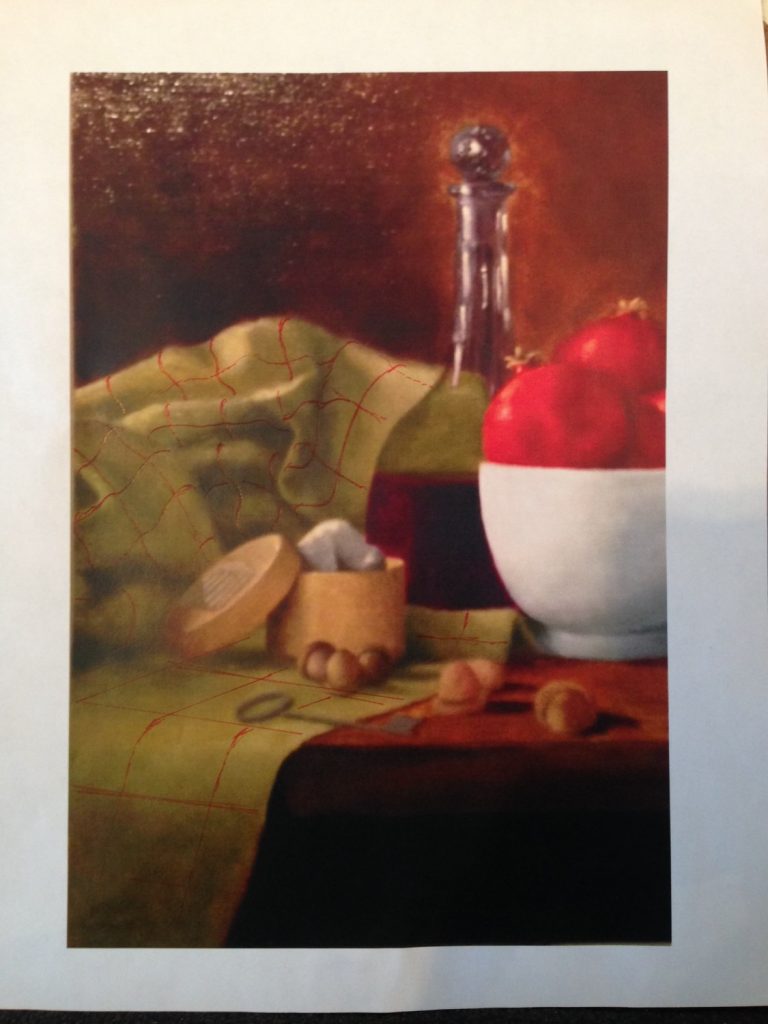 I decided my best option was to think like a cartographer and apply a grid to the “landscape” I was trying to “map”.  I took a printout of the current state of the painting, and traced gridlines over the folds in red.  The grid itself was done by eyeball, but it was good enough for this exercise. 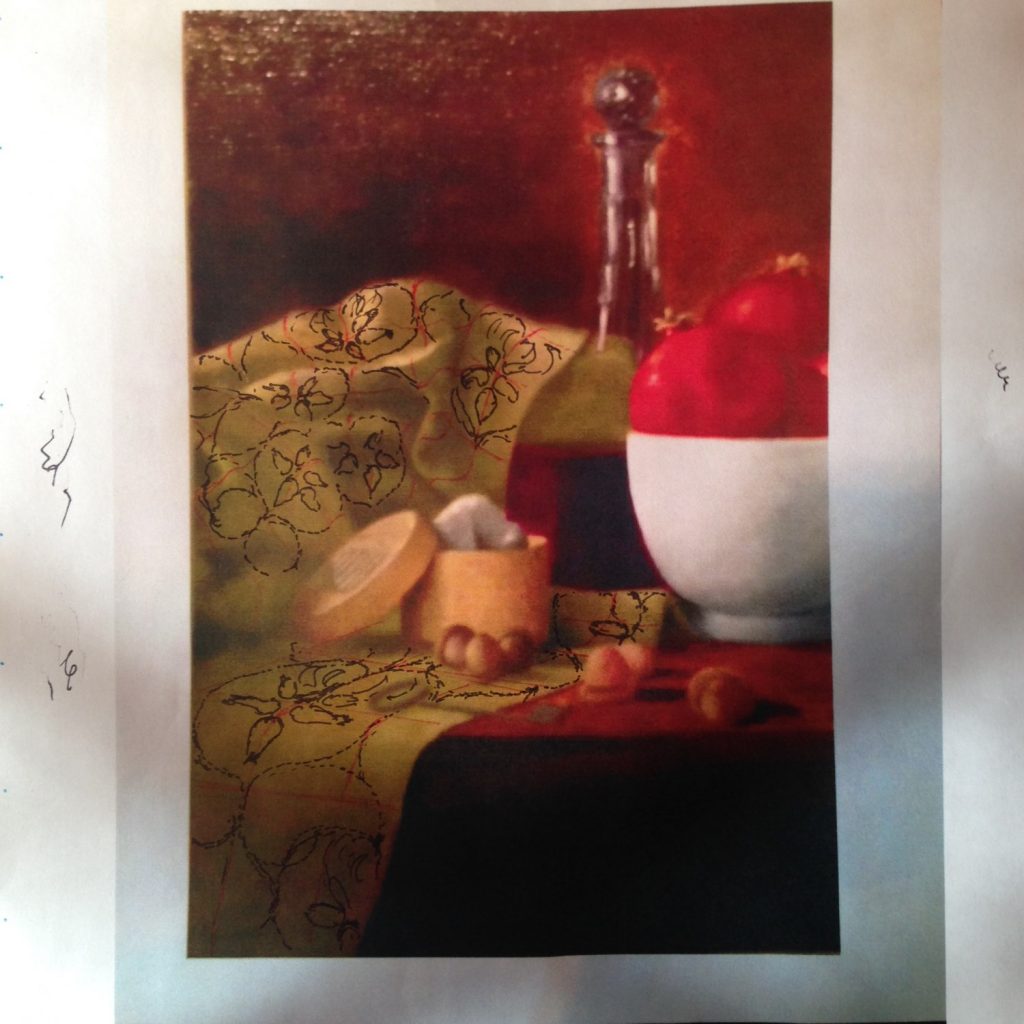 From that point, it was easy to place the major elements of the pattern and work out how they would fall on this large expanse of cloth.  There was no grid on the painting itself, so I needed to transfer the pattern on the sketch by eye, which gave me some freedom to get painterly with the smaller details.

This cloth was my biggest worry about the project all along, and finishing it gave me a real sense of assurance that this painting will turn out well.

Framed and Ready for Delivery

Mt. Parnassus and the Greek Key