The Ébauche A Type of Underpainting Using Muted Colors 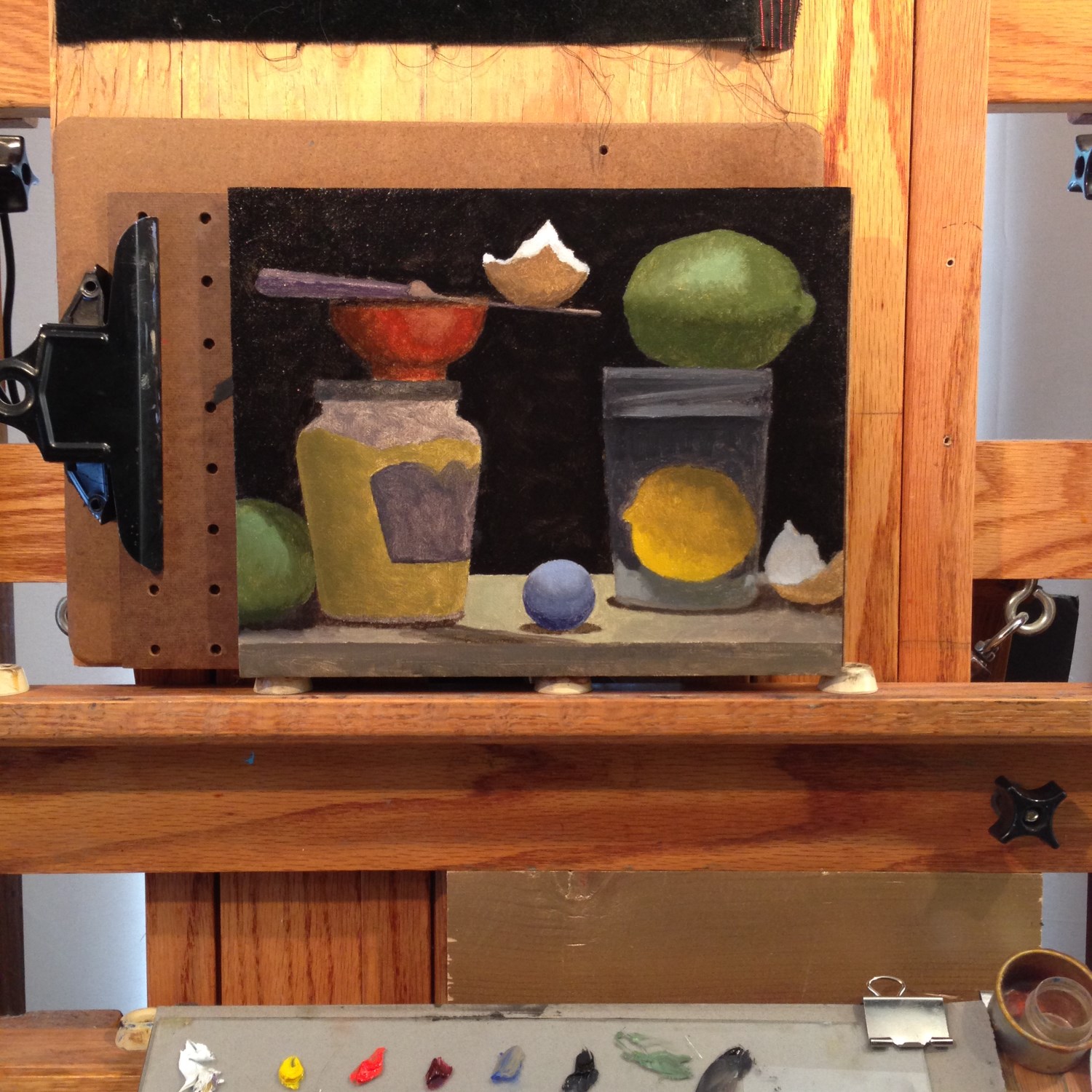 The ébauche for this painting is complete and drying.

“Ébauche” is a french word meaning draft or first pass, and it refers to a specific type of underpainting.  Rather than using black and white, as is the case with a grisaille underpainting, an ébauche uses color.  However, it’s not the full, saturated color of the final painting.  Instead, it tends to be desaturated – done with duller, less intense mixtures (lower chroma).

This allows focusing on large shapes and modeling forms in 3 dimensions without considering details, or indeed being too focused on the correct final colors.  In the above example, the large color notes have been simply stated – again, with color far less intense than the final painting.  Only a minimum amount of modeling (stating light and shadow) is done, and most detail is omitted.

When glazing (apply very thin and transparent paint over the underpainting) over an ébauche, deep rich colors can appear which are never seen with solid and direct painting.  This can be especially effective in shadow areas, where the glazes give a great sense of depth and beautiful subtlety.

Here is the final version of the painting, with many of the colors glazed over the ébauche.

“At the Still Point of the Turning World”, oil on linen on panel, 8×10 inches

As with any underpainting, the ébauche needs to dry thoroughly before proceeding.  It should be painted thinly enough that it can be completely dry to the touch within a week.

Once dry, work can commence of the final color layer.

In my own work, I only use the ébauche occasionally.  I prefer the simplicity of the grisaille underpainting, and feel that grisailles do a better job of modeling the 3-dimensional form, which is one of the biggest reasons for using underpaintings.

Another potential criticism of the ébauche technique is that it introduces incorrect color at the very beginning of the painting – all of the colors are desaturated, therefore not real.  There is a strong argument that any color introduced into a painting should be as accurate and true to the model as possible, no matter at which point in the process it is introduced.

If you enjoyed this post, you may wish to read a detailed description of my process.